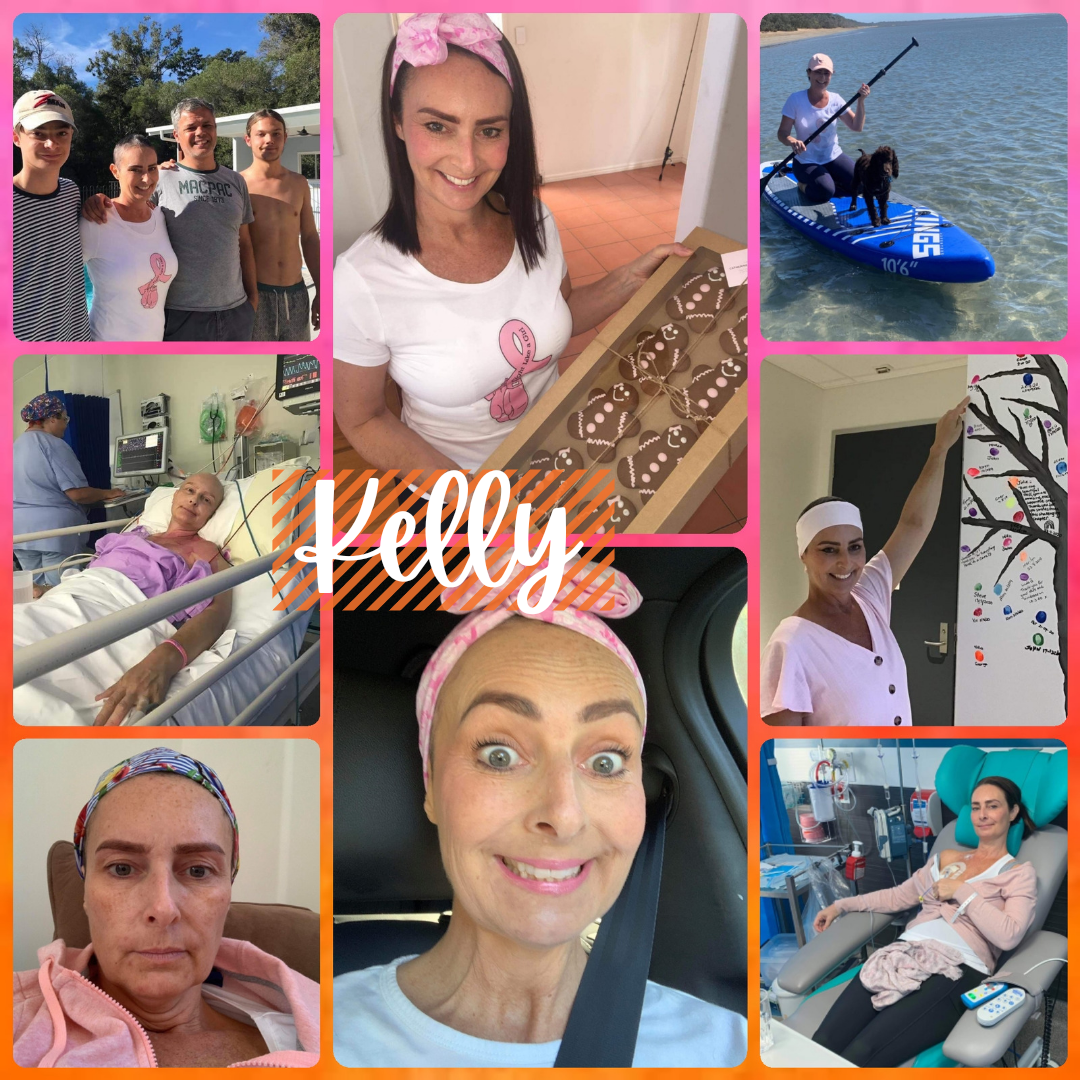 In November 2019 my periods started playing up: stopping and starting again etc. At that point I noticed a small lump in my left breast.  I put this fully down to being 47 and believed I was peri menopausal. I’d had a mammogram less than 12 months before and had been recalled for further investigation and at that point I was told everything was fine.

I went on an 8-week overseas holiday and came back to my busy life but in March 2020, the lump became much more noticeable, and the skin was also hot.  I saw my GP who sent me for a mammogram and ultrasound, and she also referred me to the hospital surgical team.

The testing came back negative, nothing to worry about, and to retest in 12 months. However, the lump was still there, and the skin was red, itchy and hot so the hospital ordered a biopsy.  My GP called me to say that she had received the radiologist report comparing my recent mammogram to the one from 12 months before.  No change had been identified and my doctor did not recommend the biopsy.
In fact, the biopsy was cancelled, and the clinic refused to re book me.  Over a month went by with me trying to get rebooked.  The lump was growing rapidly and by that point, my breast was a good 2 cup sizes larger than normal.

Fortunately I had a follow up at the hospital and the first question I was asked is why I hadn’t had the biopsy!  Fast forward and within that week, the biopsy was done on 2 large masses in my breast.  I was diagnosed within 2 days, on May 13th 2020, as having grade 3 in situ ductal carcinoma and a grade 3 carcinoma of no special type.  The surgeon said that one of the lumps was 10cm and it had merged with the second 5cm lump.  He wanted to carry out a mastectomy within 30 days.  By then I had researched Inflammatory Breast Cancer and came away from the consult with an uneasy feeling that something was very wrong.
The surgeon said he did not believe it was inflammatory breast cancer and that surgery was the best first option.  He did not refer me to an oncologist for further scans.  He said that could come later.

Luckily, I had found the Facebook page of ‘The IBC Network Foundation’, the USA based sister charity of ‘The IBC Network Foundation Australia’.  I reached out to them and had discussions with two amazing American ladies, Terry and Angela, who both imparted knowledge about IBC and how it should be treated.  Armed with this information, I called the McGrath Breast Cancer nurse and described my symptoms.
I sent her photos of my breast (by now the whole breast was red itchy swollen and hot) and she raised my case at the multi-disciplinary meeting.  The team saw my photos and unanimously agreed I had Inflammatory Breast Cancer. They formed a plan there and then.  I saw the oncologist the next day then underwent an MRI, a PETscan and bone scans.  I started chemotherapy that Friday.  Fortunately, it had not spread any further than “extensive” lymph node involvement.

I am so lucky as following a combination of drugs, all aimed at stopping the growth and strength of the cancer cells, I’ve had a complete response.  Surgery was carried out in December 2020 with a non-skin soaring radical mastectomy plus 20 lymph nodes removed.
The result was, there was no evidence of any remaining cancer!  I then had 5 weeks of daily radiation. I opted to follow the international standard which was stronger radiation. I burnt quite badly but I needed to know I had done all I could to prevent a reoccurrence.  I have since opted for a mastectomy on my “good” side to create symmetry and alleviate the fear of reoccurrence in that breast. I feel so much more confident being flat and it has been a good decision for me.  I’ll soon complete the medication, Herceptin and I take Tamoxifen nightly with minimal side effects.

My life finally resembles my new normal, my plan is to work on myself, my strength and my health and return to work in early 2022.

I have really learned to listen to my body and will never not address concerns again but I’m happy to say I’m feeling better and better!